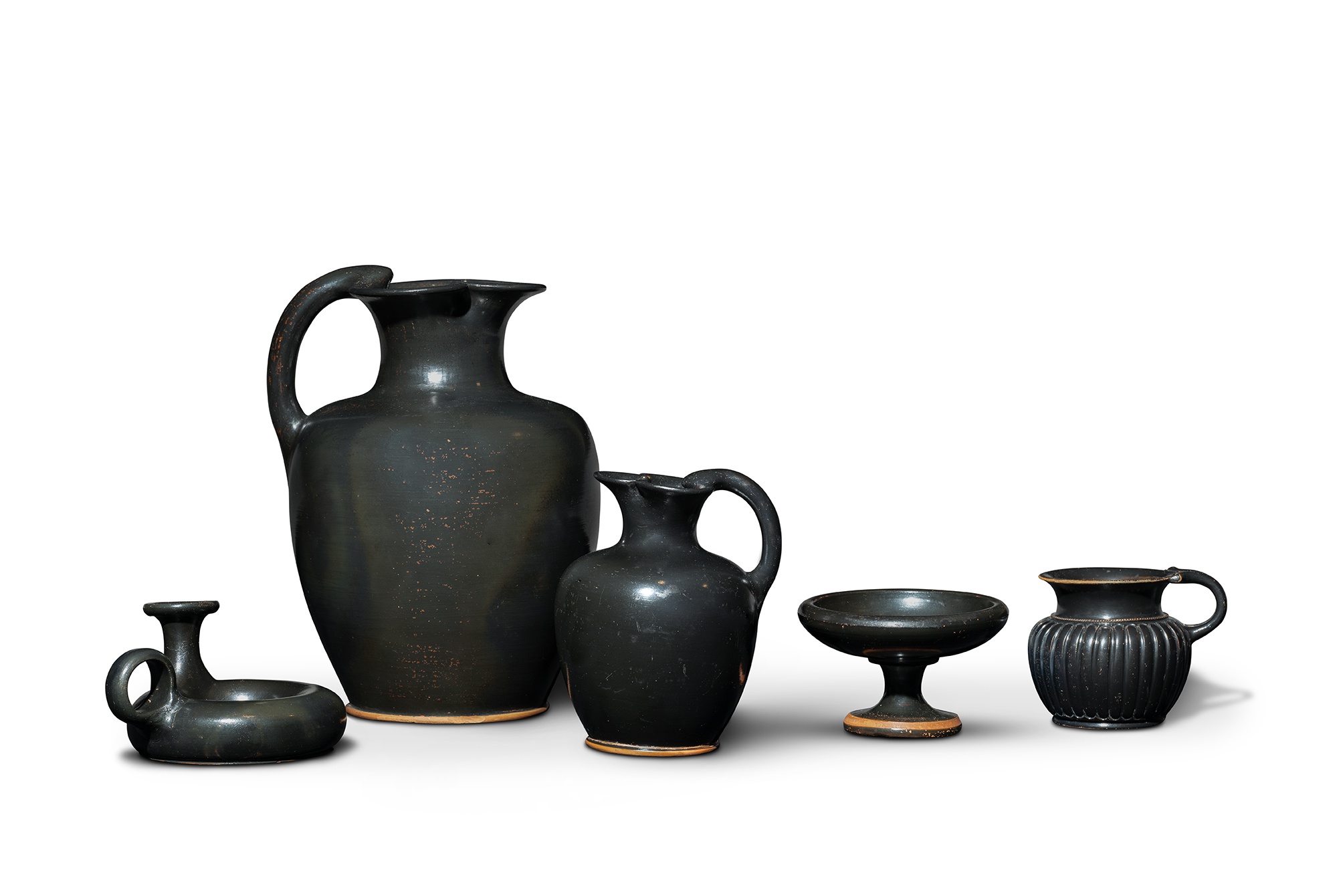 We are thrilled to be welcoming people back into the gallery for GREEK BLACK GLAZE, an exhibition marking 50 years of Charles Ede.

A hardback catalogue is available, and a pdf version is available via our website next week

It's difficult to refute the claim that in the ancient world there were no finer potters than the Greeks, and by 550BC it was the workshops in Athens that surpassed all others in the finesse of their potting and the lustrous quality of the black glaze. But Greek Black Glaze also originated from Southern Italy, or Magna Graecia as it’s also known.

The Greeks were already colonising southern Italy as early as the eighth century BC, and by the sixth century BC Attic pottery was being imported to these colonies in some quantity. The popular Athenian styles were adopted by the local towns and cities, and at the advent of the fourth century BC their pottery production was greater than that of the mainland Greek city states.

Our exhibition shows a broad selection of the varied Black Glaze tablewares that graced the homes of the ancient Greeks. They were part of everyday life, and for many, they were one of the few items of luxury to be on public show in their homes.

Today we appreciate the finesse of the potting and the variety of form emphasised by its minimal decoration: the subdued monochrome surfaces are enlivened by only the most subtle effects. The eye can take in the shape without the distraction of painted figural decoration as is seen in black-figure (c.7th–5th century BC) and red-figure (c.530–3rd century BC) techniques.

Come visit, we can’t wait to see you!