Egyptian sandal made of leather 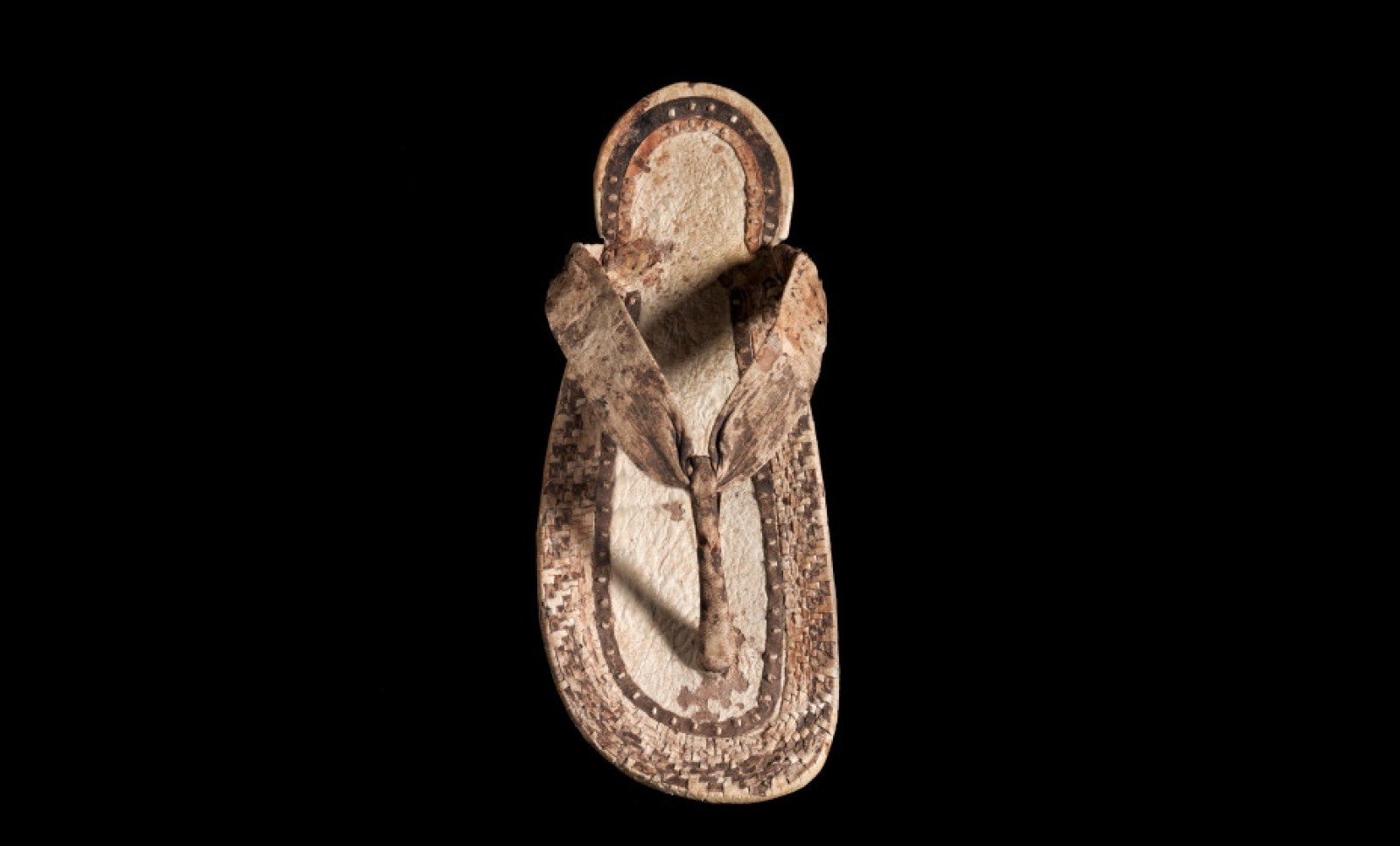 Acquired from Charles Ede by a major Australian museum in 2007.

The majority of sandals from ancient Egypt are made of reed-work; examples in leather would have only been worn by the very wealthy and are therefore comparatively rare.

The elaborate decoration in darker leather forms a chequerboard pattern round the outer edge, and a thinner band towards the centre and round the heel.