Egyptian fragments from a box for Amenhotep II 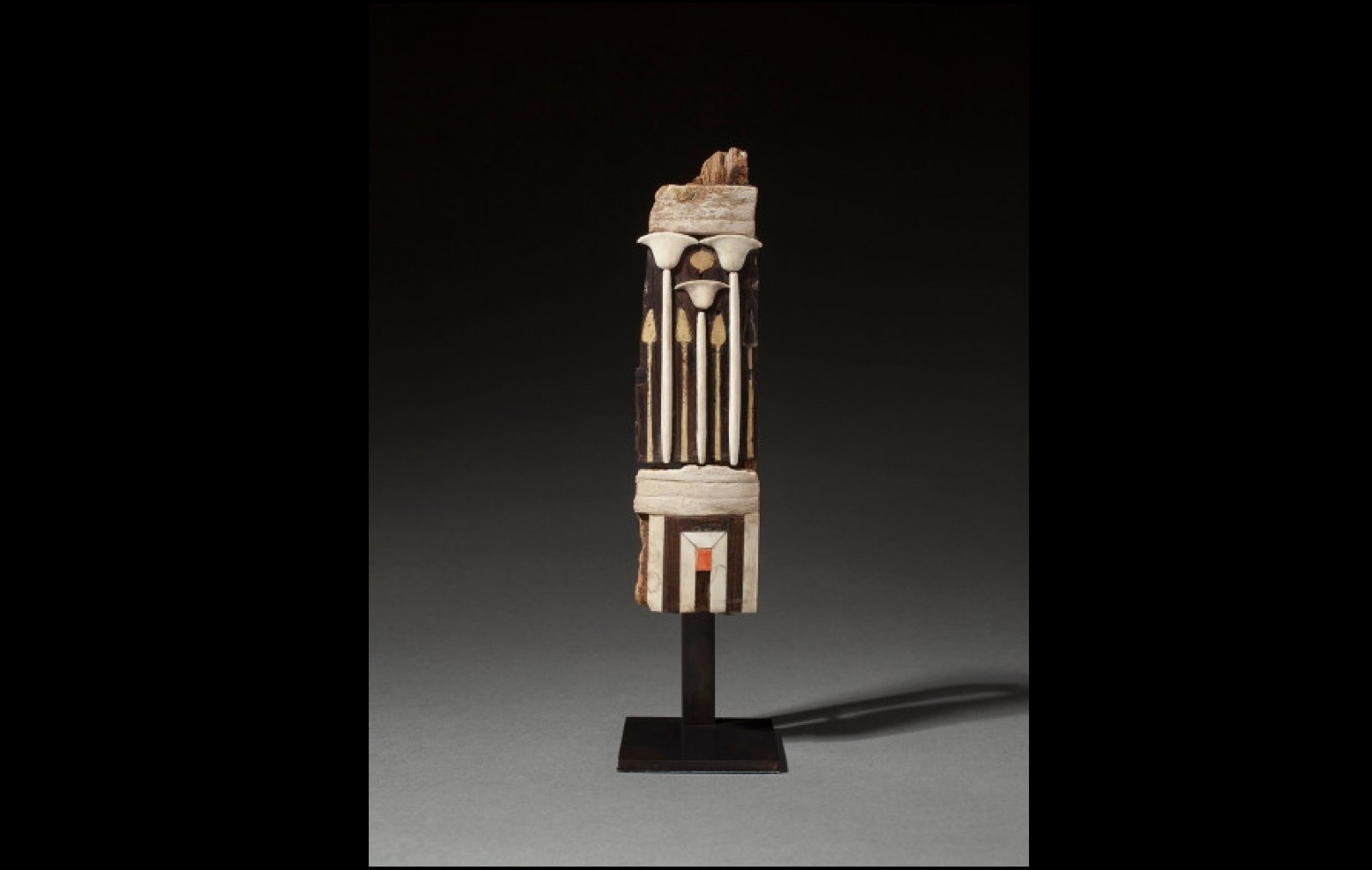 We're delighted to announce that our latest catalogue has just been released and can be viewed on our website.

But to continue our Instagram posts of 50 objects sold to museums over the past 50 years, here are two fragments which, back in 2016, we included in another catalogue. Of immense sophistication and refinement, the fragments must have originally formed part of a container belonging to someone of great wealth and taste. With the help of an Egyptologist we were able to reunite these pieces with a box with royal provenance, one of the most important wood artifacts from the ancient world, and by doing so help reinterpret its original appearance. Our two fragments are now in the same major British institution as the box.

Two connected fragments from a circular cedarwood box with ebony ('hebeny') and ivory inlays.
The upper fragment is decorated with a pattern of inlaid lotus stems, each topped with a stylised flower, alternating open and closed. The larger open lotus flowers are inlaid in carved ivory and stand proud of the smooth dark surface, whilst the buds are inset in ochre-coloured paste. A horizontal, ribbed, gesso band shows traces of gold leaf across the top.
The lower fragment has the same horizontal band across the top, beneath which strips of ebony and ivory form a rectangle around a partially remaining red stained ivory segment.

The rest of the box, found by Alexander Henry Rhind in the mid-19th century, is described by the museum where it is now on display as ‘one of the finest examples of decorative woodwork to survive from ancient Egypt’. In the 1950s Cyril Aldred created a detailed watercolour of the box fragments prior to its restoration, where we can see that the lid, base and back of the box are still missing. What is important about our fragments is that they introduce a new colouristic element to the box, which is lacking in the reconstructed version, that of red-stained ivory.