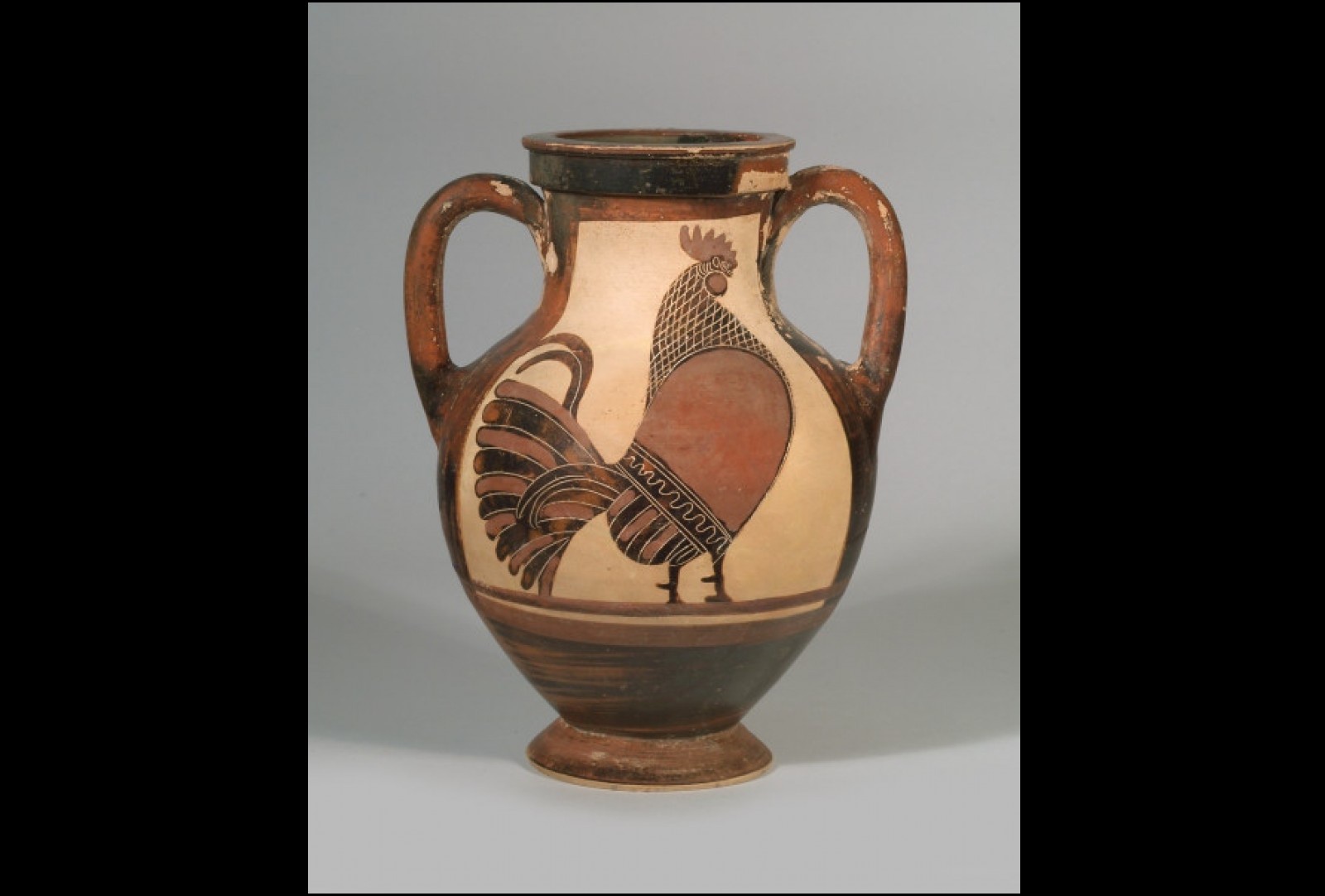 This weekend I am off to north Oxfordshire, an idyllic place to be when the sun is shining and the birds are going about the things that birds normally do: giving the breaking day the glad eye, tugging at worms and twittering in the ivy. However, at this time of the year there is a fly in the ointment, or rather a fowl...with the long summer days, 'cock crow' seems to come about 2.47 in the morning. The lusty cries of the dominant male will undoubtedly permeate my slumbers causing me no little unease and annoyance. I imagine him standing with crest erect, breast expanding with the effort, whilst the feathers of his flamboyant tail catch the little light that leavens the sky just before dawn.

So, in other words, a bird much like the champion rooster that decorates this Corinthian amphora, bought from us in 2007 by Auckland Museum, Tamaki Paenga Hira, New Zealand (accession number 2007.59.1).

An important panel-amphora, set on an echinus foot, the collar-mouth with a disc-lip and the handles round in section. On both sides, the upper bowl and neck are filled with panels, containing almost identical cockerels, in black-figure with lavish use of purple: below, two bands of added colour.