Cypriot figure of a male votary 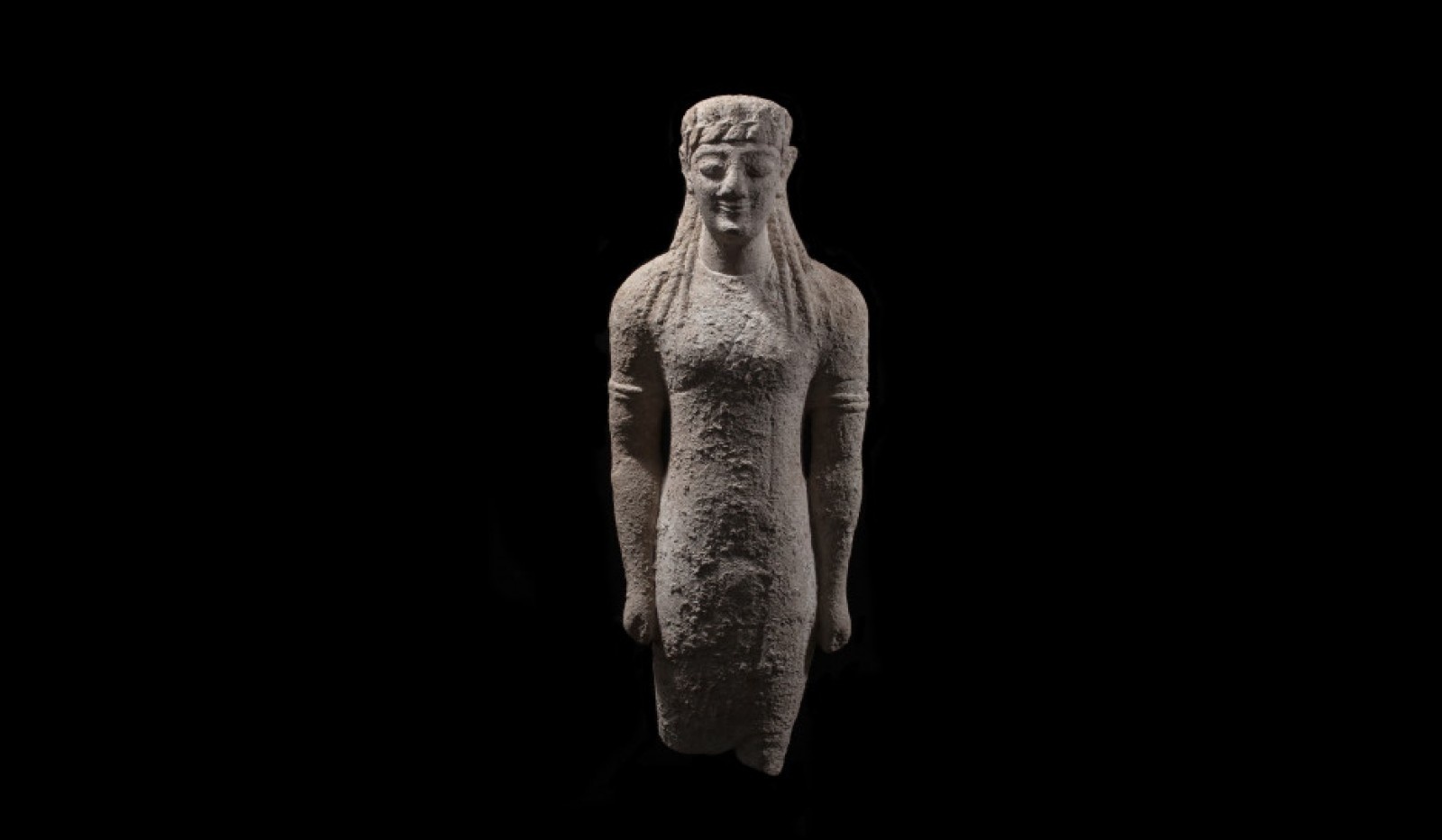 The summer has seemed very gloomy here in London, but with better weather forecast for the weekend, Covid restrictions being lifted still further and August on the horizon, there’s a feeling of moving into the light, rather like this tall, slender-bodied votary, which we sold to the Rijksmuseum van Oudheden, Leiden in 2018.

The youthful figure, crowned with a foliate wreath, is shown striding forward, his left leg advanced, head held high and gazing straight ahead with the typical ‘archaic’ smile playing across his face; long locks of hair fall over his shoulders. He is dressed in a close-fitting shift, the lower half pleated and revealing his left knee, a mantle over his left shoulder is drawn across his body. He wears two spiral armlets clasped above his elbows. Unrestored.