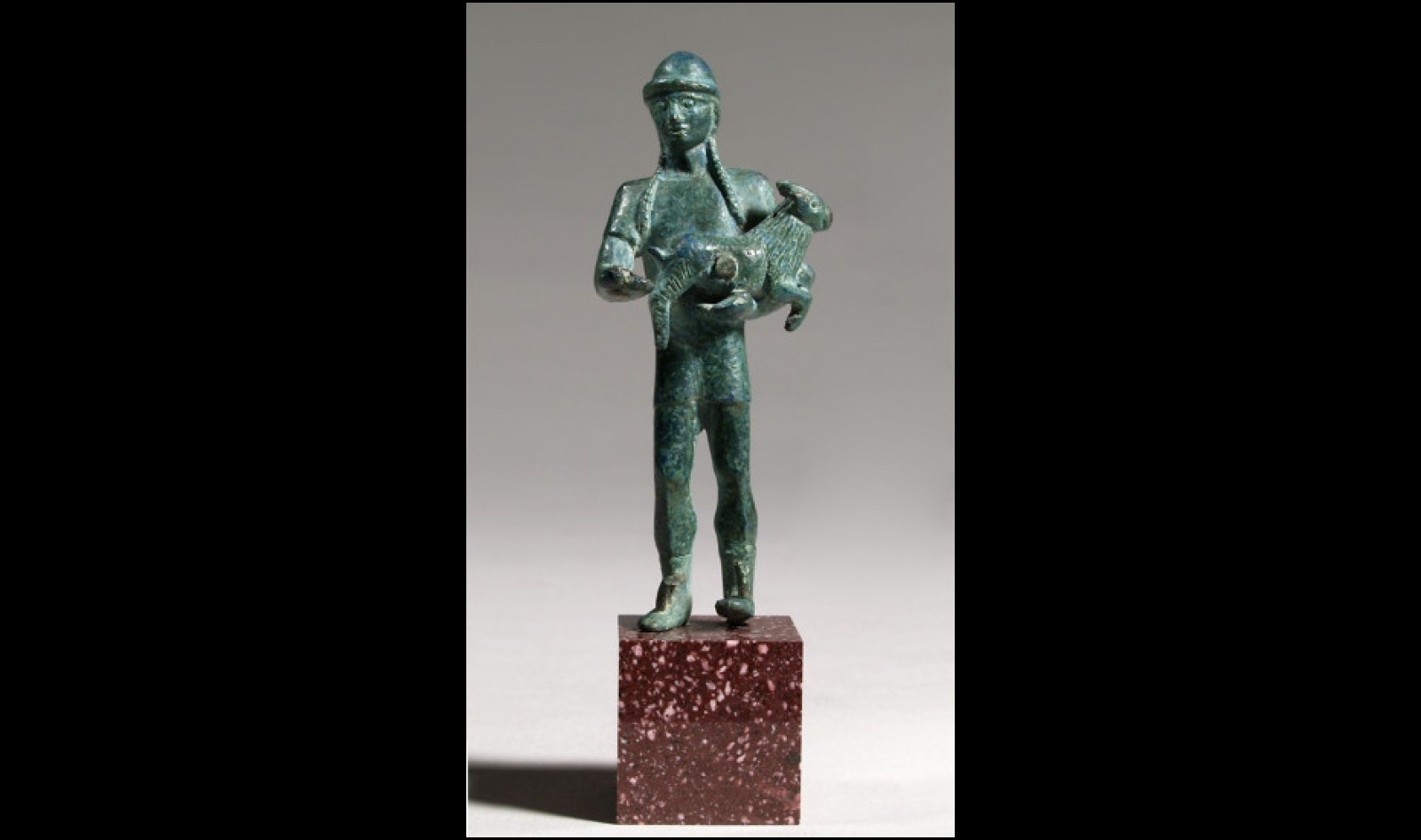 Many of us will take our holidays over the next month or so, looking for a break from our routine (if one has been lucky enough to get into one that is) or at least to go somewhere else, somewhere out of our usual surroundings.

Some will seek the perfect holiday in, say, the fjords of Norway or the fresher air of the cool mountains, others may perhaps look towards Italy, the Roman campagna dotted with ruins for instance. Some adore the heat of the coast around the Mediterranean and will choose to laze on a beach. Whatever our choice it could be said we're looking for some kind of arcadia.

Ancient Arcadia, which is where this bronze was most likely made, was an area of Greece in the central Peloponnese, the mythological home of both Hermes and the great god Pan, whose name is also embedded in the word pandemic and panic, and whose nature perhaps may be sensed in the skittish approach some have had to our current situation. Who knows what measures our governments may bring in or what disinformation people may believe?

Today the old gods may seem to hold less currency than 2600 years ago, but they still have potency. Pan is the god I sense most often, maybe when I enter the cover of a forest (that moment of stillness when the outside sounds are strangely silenced, then a deer or bird violently breaks cover), but most particularly I encounter him on a Greek mountainside, where in the blinding light and intense heat a herd of goats, apparently unprovoked, unexpectedly and wildly scatters down the barren slopes, hooves kicking up the dust.

In this small bronze we get a sense of the birth of Pan. Here is Hermes, Pan's father, cradling a goat in his arms. The unusual iconography points-up the connection of the parent and child to Arcadia, as it was on the slopes of Mt Cyllene that Hermes, tending his flock, seduced the mortal woman who having given birth, fled from her goat-like child.

Archaic Greek statuette of Hermes holding a goat
Probably Arcadia, second half of the 6th century BC
Height 9.5cm