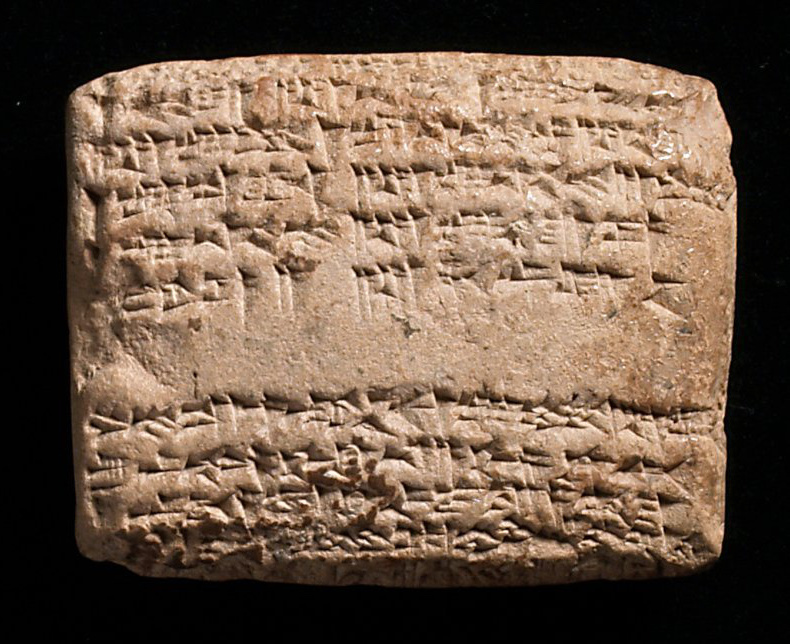 Neo-Babylonian terracotta cuneiform tablet
16th day of the 4th month of the 9th year of the reign of Nabonidus, 548 BC
Dimensions 5.3x6.8cm
Provenance: De Groote Collection, Belgium; acquired in the early 20th century

In 2002 Charles Ede bought a collection of cuneiform tablets formerly in the de Groote collection, which was formed in the first half of the 20th century. In 2006 Fribourg University in Switzerland acquired from us a particularly interesting example, inscribed in Neo-Babylonian, recording that Hegal-shar-utsur had purchased a female slave named Kinaya, who had been 'released' by the Lady of Uruk. There followed the names of various witnesses.

The Lady of Uruk is a title often used for the goddess Inanna, the patroness of Uruk (an ancient city now in modern day Iraq). Inanna was the goddess of love, fertility and war, as well as being the daughter of the sun god An. She became identified with the goddess Ishtar and later Aphrodite.

This short text tells us much about the society of the time: how important was the individual, the need to keep clear and correct accounts of transactions, the use and transfer of slaves, and indeed that these slaves could belong to a god. It is particularly apt that Inanna should have female slaves, but the reasons for the release of Kinaya from service into the hands of a private individual can only be surmised.

A small cuneiform docket, pictured below, comes from the same early 20th century collection as the one now in Fribourg. To create such a piece, Old Babylonian cuneiform script was pressed into the hand-moulded, roughly square piece of wet clay with the use of a chamfered reed stick, and then left out to dry in the sun. This particular one has a list of consignments of wool. Dockets such as these are believed to have been part of an elaborate filing system. They were pierced and attached to baskets containing tablets, which were stored under each subject.

It is with us now but it could be yours, after all, museum quality isn't just for museums... 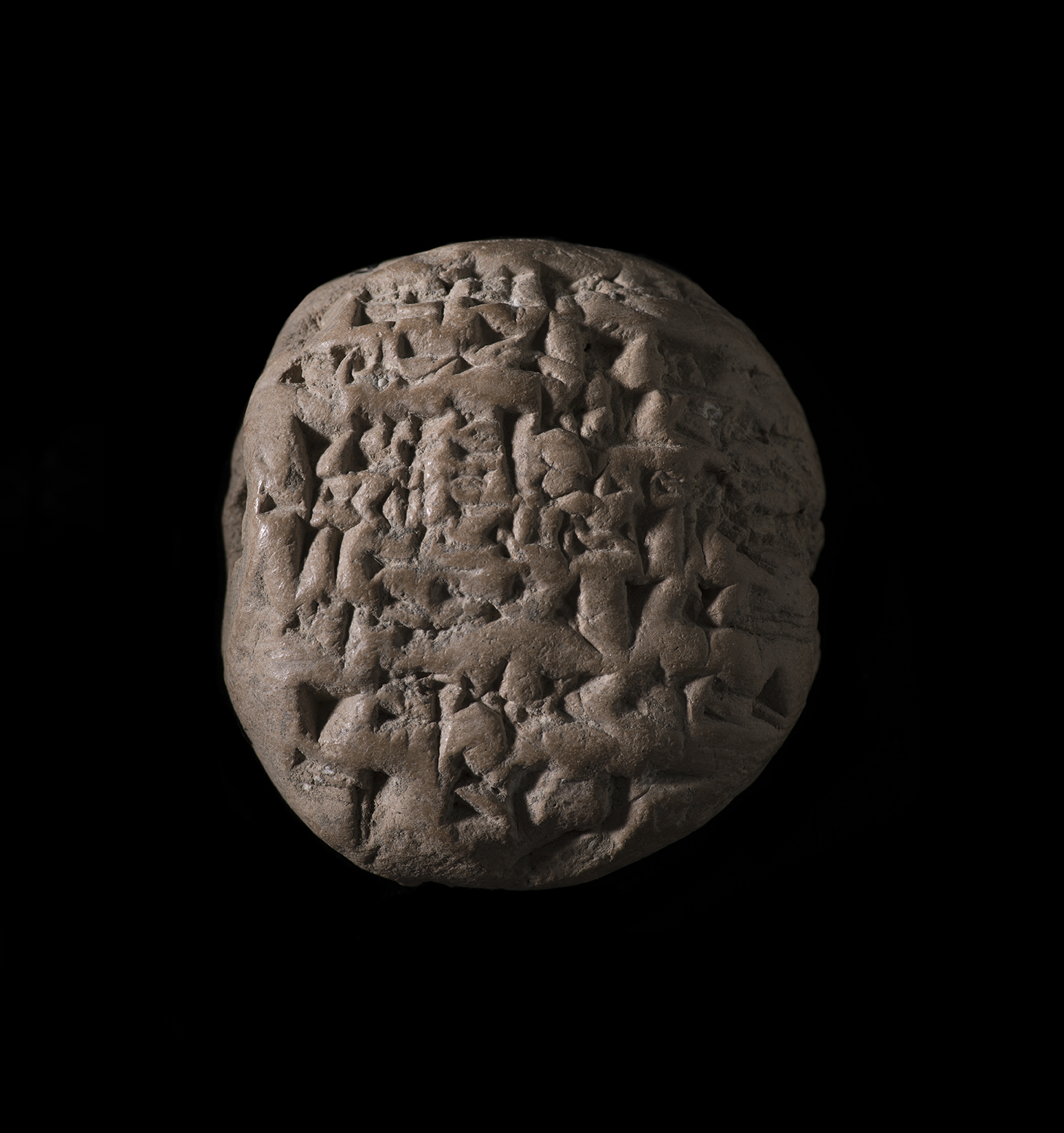