At Home With Ancient Art 2 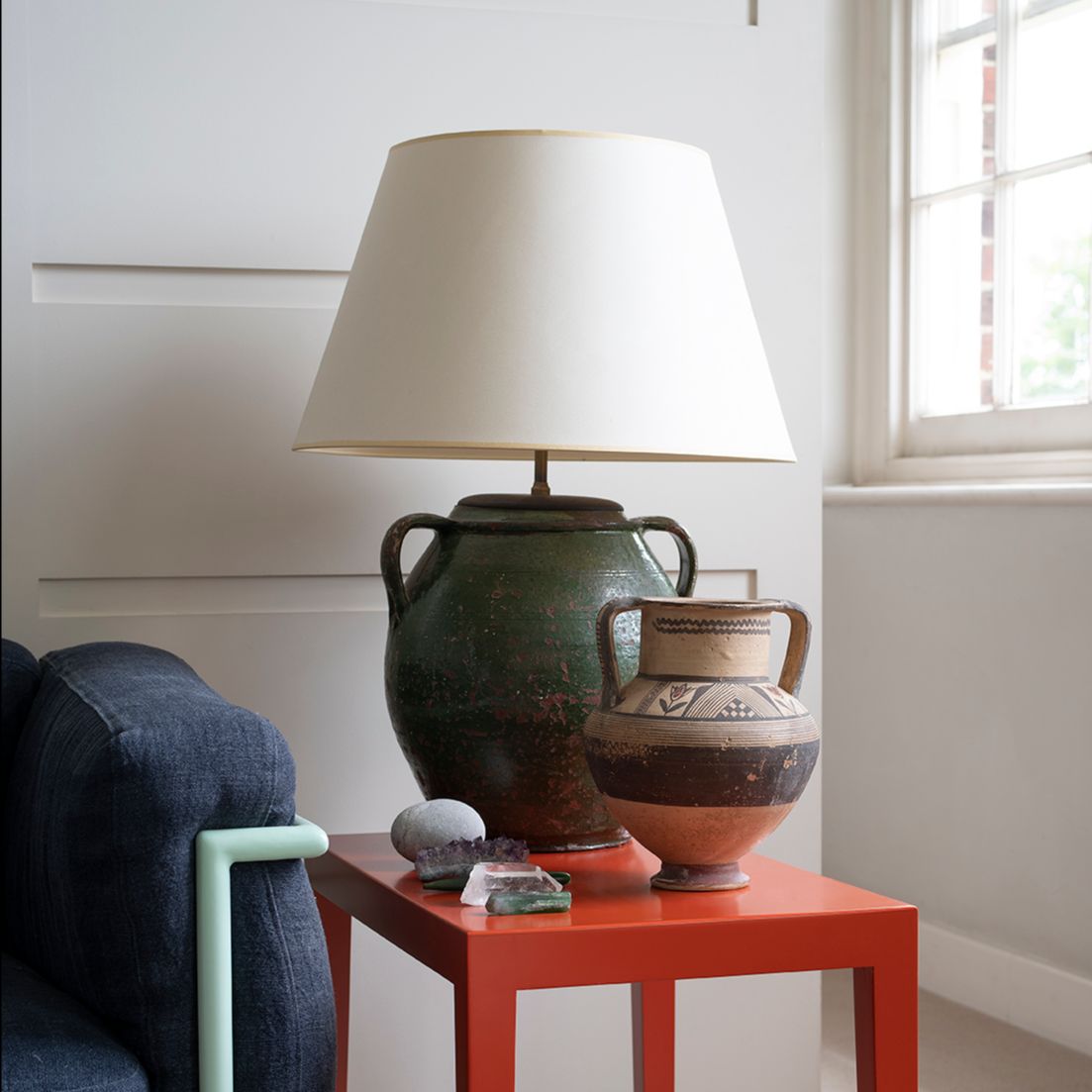 The next of our pieces in the At Home with Ancient Art series is a bichrome ware amphora elaborately decorated with a dark brown and umber slip. It creates a playful juxtaposition with the green ceramic lampstand behind. The form is easily recognisable as a container for wine or olive oil, both of which were regularly consumed, and in a decent quantity! The somewhat muted, earthy tones used in the decoration would have melded beautifully with the Cypriot landscape, the country this vase hails from.

The triple reeded handles are at right angles to the flattened lip, a ladder pattern on the central rib and solid slip on the two outer. There is a large umber band encircling the inside of the neck, and another around the short foot. Dark brown is used for the rest of the decoration, save for the umber petals of the lotus flowers. The body has a thick band and a band of thin parallel lines. The shoulder has chequerboard and linear decoration, two lotus flowers either side the central motif. Beneath the lip are two rows of zigzag, the upper surface of the lip is encircled with a series of thin lines. Intact, scattered losses and pitting to the surface. A crack where one handle joins the rim which occurred prior to firing. 'K2434' is written in pencil on the base, and '84' in ink. 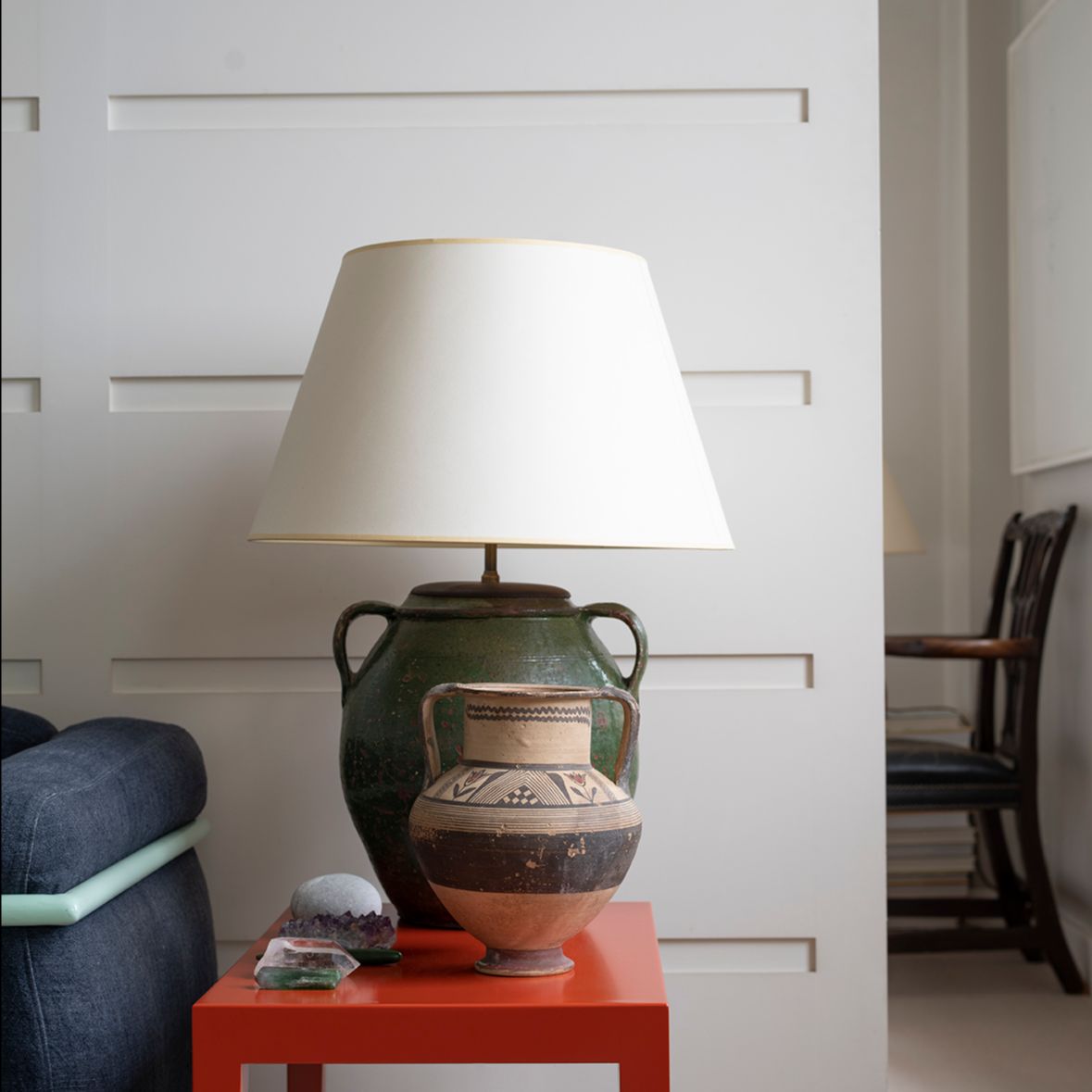 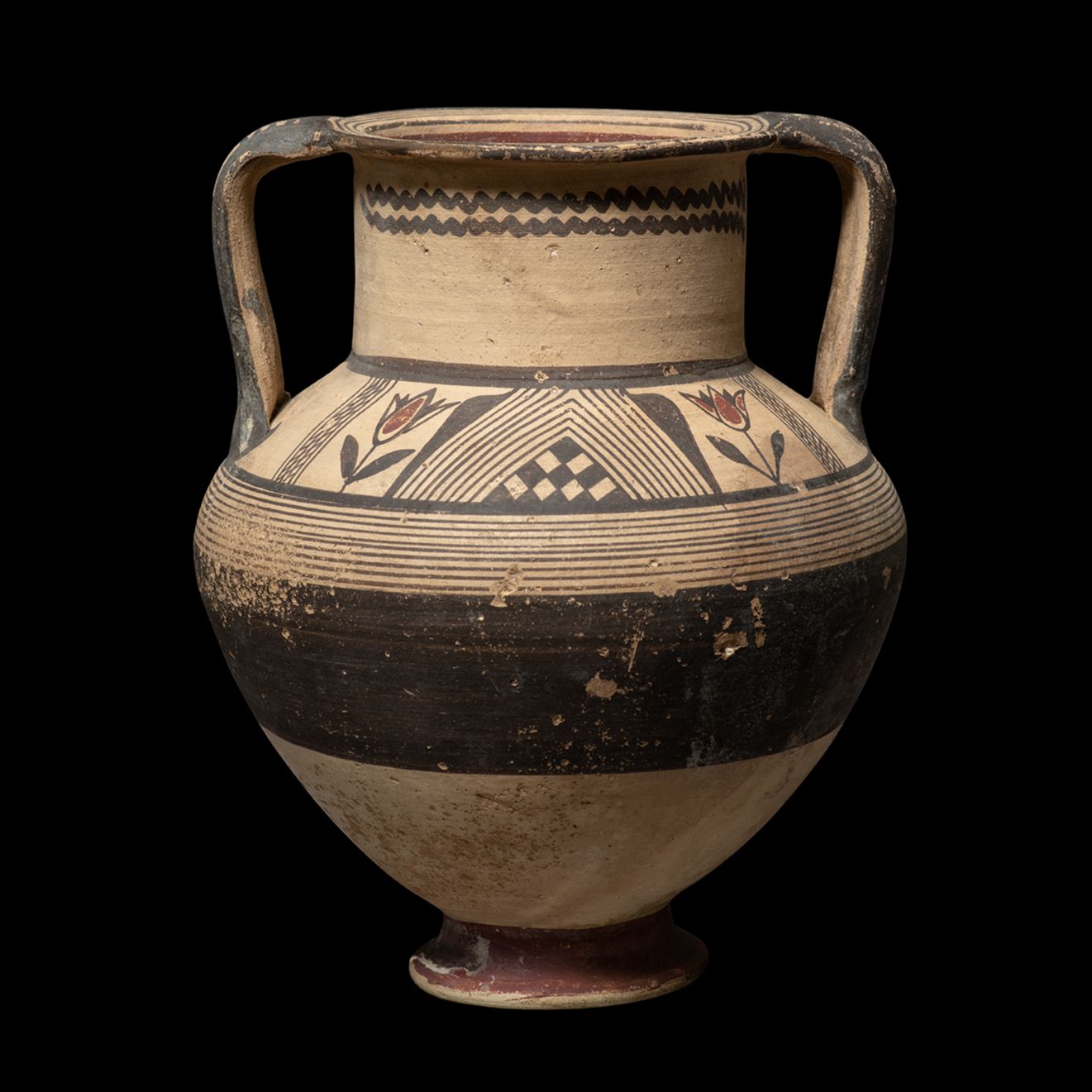