My Two Scents Worth

What a joy it was to have the glorious British sun back this weekend. As I was taking a stroll along the banks of the Thames, I passed the less-than-sweet-smelling outdoor pubs that have cropped up and thought how fortunate it is that the sun doesn’t blast down this hard for the entire summer, causing the fetid stench to linger. I was imagining how awful ancient Rome must have smelt, but wait! Copious numbers of balsamarii (vessels containing scented oils, or balsams) have been discovered from antiquity, and Rome’s inhabitants were as concerned with smelling sweet as we are today. In fact, perfumes were so fashionable and valued that the Romans kept their unguents in far more elaborate and vibrant containers than we have today. And for those particular members of society who could afford it, even more enviable materials than hand-blown glass were used, such as bronze and coloured stones. 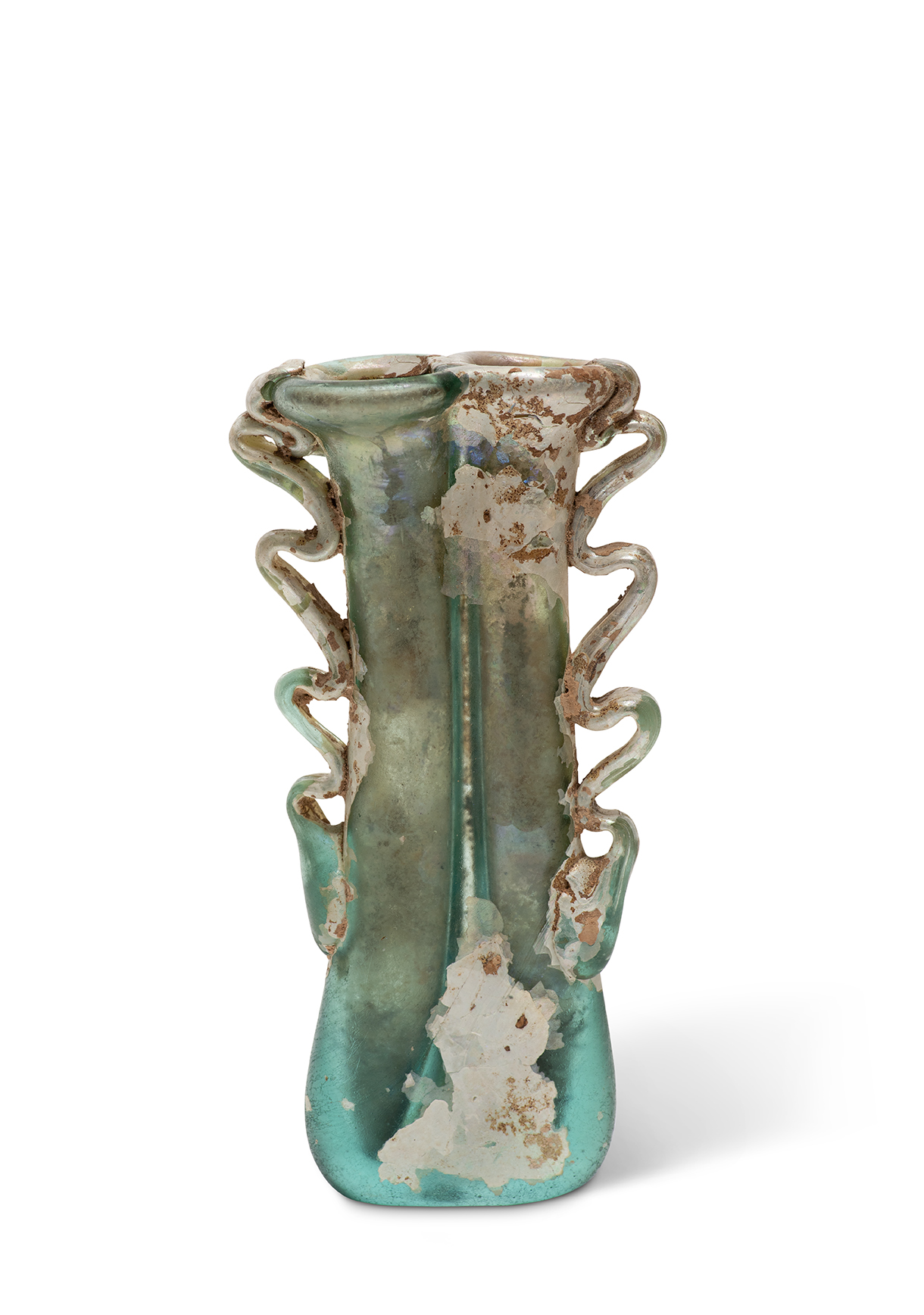 This week I present to you two elegant examples of these balsamarii. The first is a double balsamarium, free-blown in an enticing electric blue glass, with a pearl-like iridescence created by oxidation of the glass's surface in the soil. Two tubes have been fused together, creating a double storage vessel, seemingly for two separate liquids. The handles are formed by continuously dragging molten glass upwards and bending in to attach to the side of the tubes, creating a zig-zag effect. 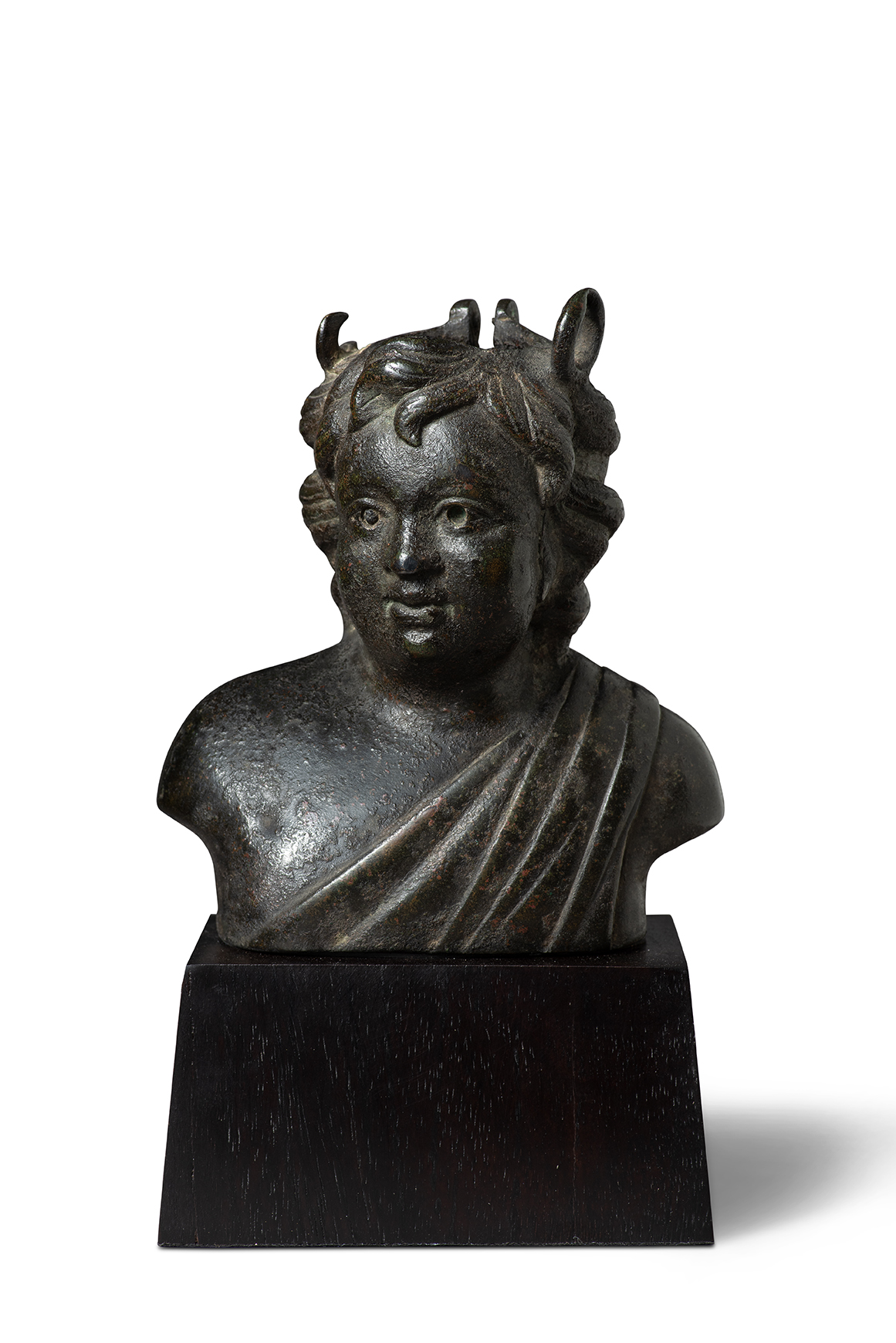 The second is sculptural in nature, and indeed it looks more like a bust than a balsamarium. Cast in bronze, this vessel takes the form of a young boy with tousled hair and drapery over his shoulder. There are the remnants a hinge on the crown of his head, evidence that he once had a lid to protect the precious contents, and of two loops which held chains for suspension.

I hear you mumble, 'Just because they had containers for a substance doesn't mean they used it every day. How much did the Romans really use perfume?'

It's been estimated that by the 1st century AD, Rome consumed around 2,800 tons of imported frankincense and 550 tons of myrrh a year. The Romans carefully documented their perfume-making processes, which involved pressing olives into oil then adding a combination of plants and woods before letting the mixture 'steep'. Indeed Pliny, in one of his typical rants, slates perfumes for the very reason we love it: ‘Perfumes serve the purpose of the most superfluous of all forms of luxury; for pearls and jewels do nevertheless pass to the wearer’s heir, and clothes last for some time, but ingredients lose their scent at once, and die in the very hour when they are used'. Well Pliny, the ingredients might be gone, but the containers have lived on to be treasured and admired, for millennia!