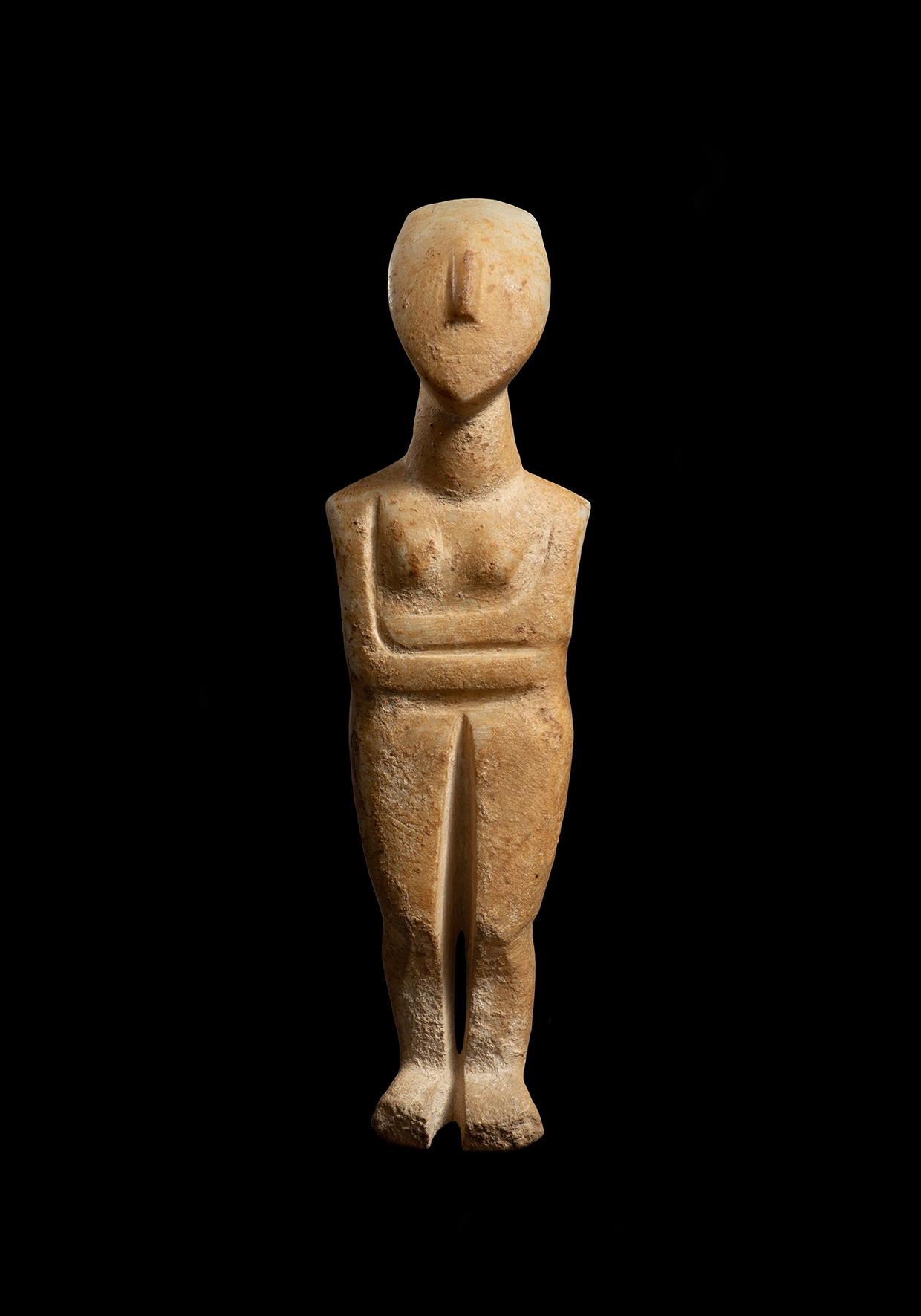 Imagine for a moment a door opening, a friend you haven’t seen for a while walking in, arms outstretched. Imagine hugging them, giving them a quick kiss on the cheek, draping an arm over their shoulder as you both laugh at something you’ve just seen. Imagine... Well, we can only imagine right now, as that easy human intimacy with friends is proscribed, and our lives are more withdrawn and that bit more solitary.

However, it is our same imagination that runs so restlessly over these Cycladic figures. Commonly, but erroneously, referred to as idols, we don’t know their purpose or meaning. They can approach life-size or be reduced to the proportions of one’s thumb. Most are female and shown naked, sometimes pregnant, sometimes bearing traces of red and black paint. Do they represent the deceased or mother goddesses? Should they be viewed vertically or lying flat? Were they used in daily life, and later buried once the owner had died, or entirely funerary? We do not know; the culture that created them left no written records.

With their arms crossed over their bodies, they hold, closed within themselves, their ultimate secret, leaving us apart and separated by nearly five millennia. Entirely enigmatic, they are, perhaps, the best reflection of our current state: aloof, alone, withdrawn, remote, immobile - these sculptures inhabit a world that hovers between our life and the grave.