Roman statuette of Dionysos and Pan 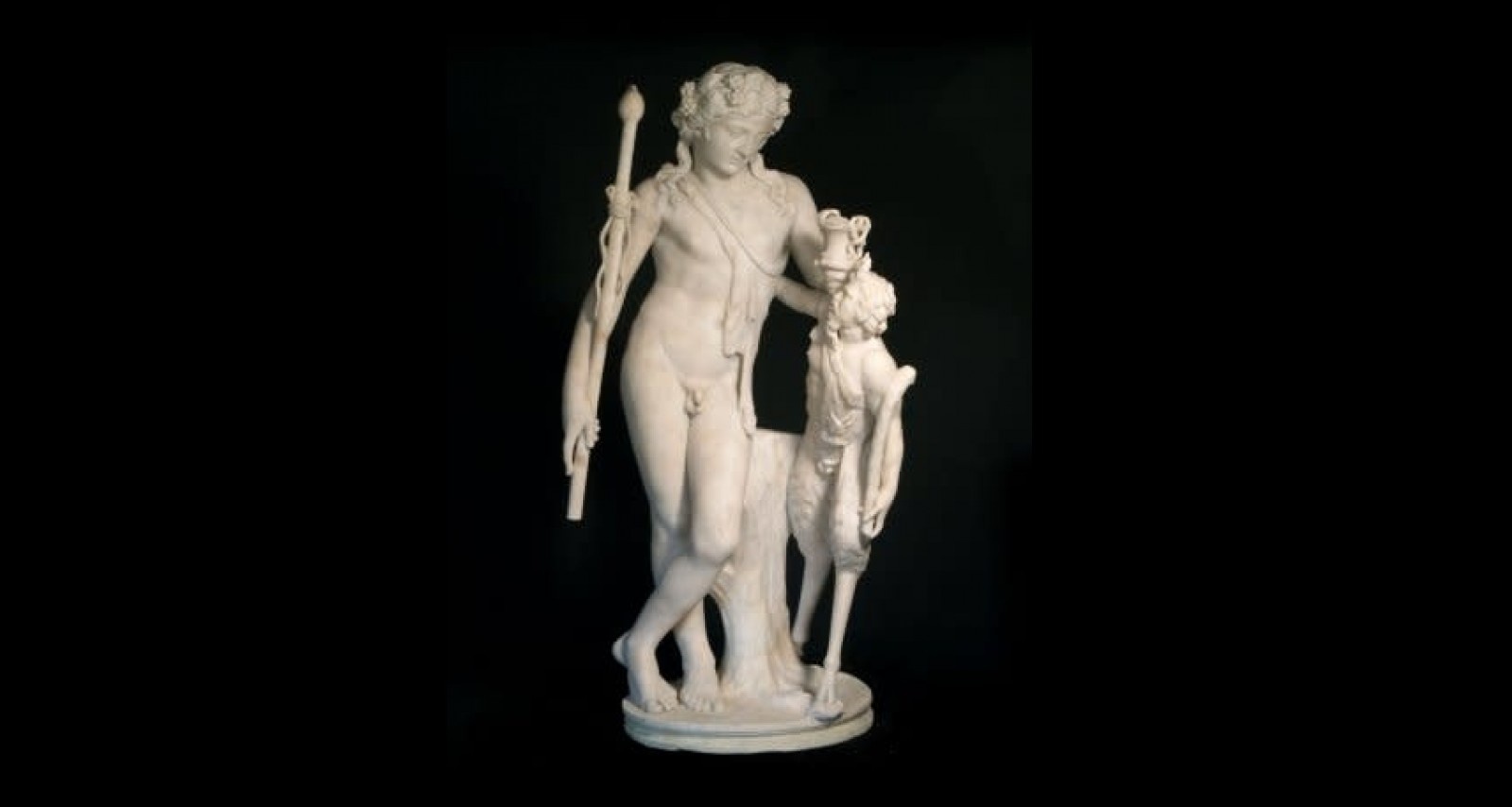 There are several reasons why this sculpture, sold by us to the Museum of Fine Arts, Houston, is appropriate post Christmas. In earlier times this was a period of misrule where social hierarchies and behaviour would break down, leading to debauchery and riotous mayhem, in much the same way as Dionysos exerted his orgiastic powers of chaos during feasting and dancing.

Dionysos, the god of the grape-harvest and winemaking, fertility, fruit and orchards, vegetation, insanity and ritual madness was attended by Maenads and satyrs. Their presence, imbued with an eroticism verging on madness, could be felt at banquets at harvest-time and certain mysterious festivals.

Pan, shown as a bearded man with the horns, legs and tail of a goat, snub nose and pointed ears, was a natural ally of Dionysos, attending him as part of his unruly retinue. Originating in rustic Arcadia, Pan is also seen as the god of fields, groves, woods and valleys. Because of his goat-like attributes he is connected to fertility and sex.

The birth of Christ has been associated with the death of Pan. In 'On the Morning of Christ's Nativity' Milton wrote:

The shepherds on the lawn,
Or ere the point of dawn,
Sate simply chatting in a rustic row;
Full little thought they than
That the mighty Pan
Was kindly come to live with them below:
Perhaps their loves, or else their sheep,
Was all that did their silly thoughts so busy keep;

Maybe the rustic shepherds felt the ebbing power of Pan in the songs of the angels? something Elizabeth Barrett Browning envisaged:

Christ hath sent us down the angels;
And the whole earth and the skies
Are illumed by altar-candles
Lit for blessed mysteries;
And a Priest's hand through creation
Waveth calm and consecration:
And Pan is dead.

Pan was one of the oldest of the Greek gods, so it is hardly surprising that a new religion would want to harness that mysterious, ancient power.