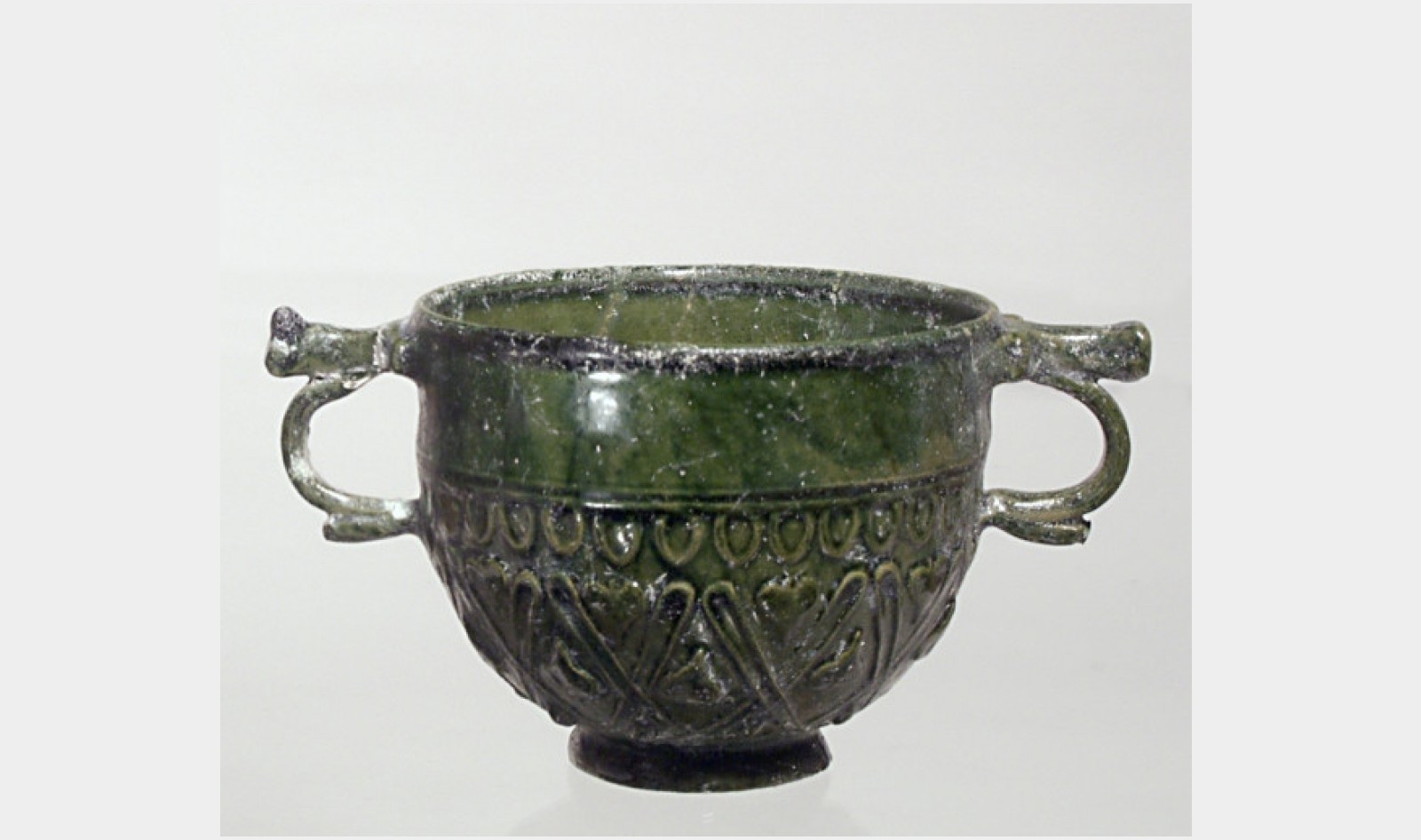 In appearance much the same as the last post, however, the decoration of this skyphus is moulded rather than applied. The deep green glaze is typical of Italian workshops rather than those of the eastern Mediterranean.

The entire surface of the drinking cup is coated with a lustrous dark green lead glaze. The upper part of the bowl is plain and the lower part moulded with a frieze of saltire crosses interspersed with ivy leaves, a band of tongues above. At the rim and vertical spurred ring handles and is set on a ring base.
Provenance:
Private collection, Europe; acquired prior to 1970
Now in a local museum, UK; acquired 2004