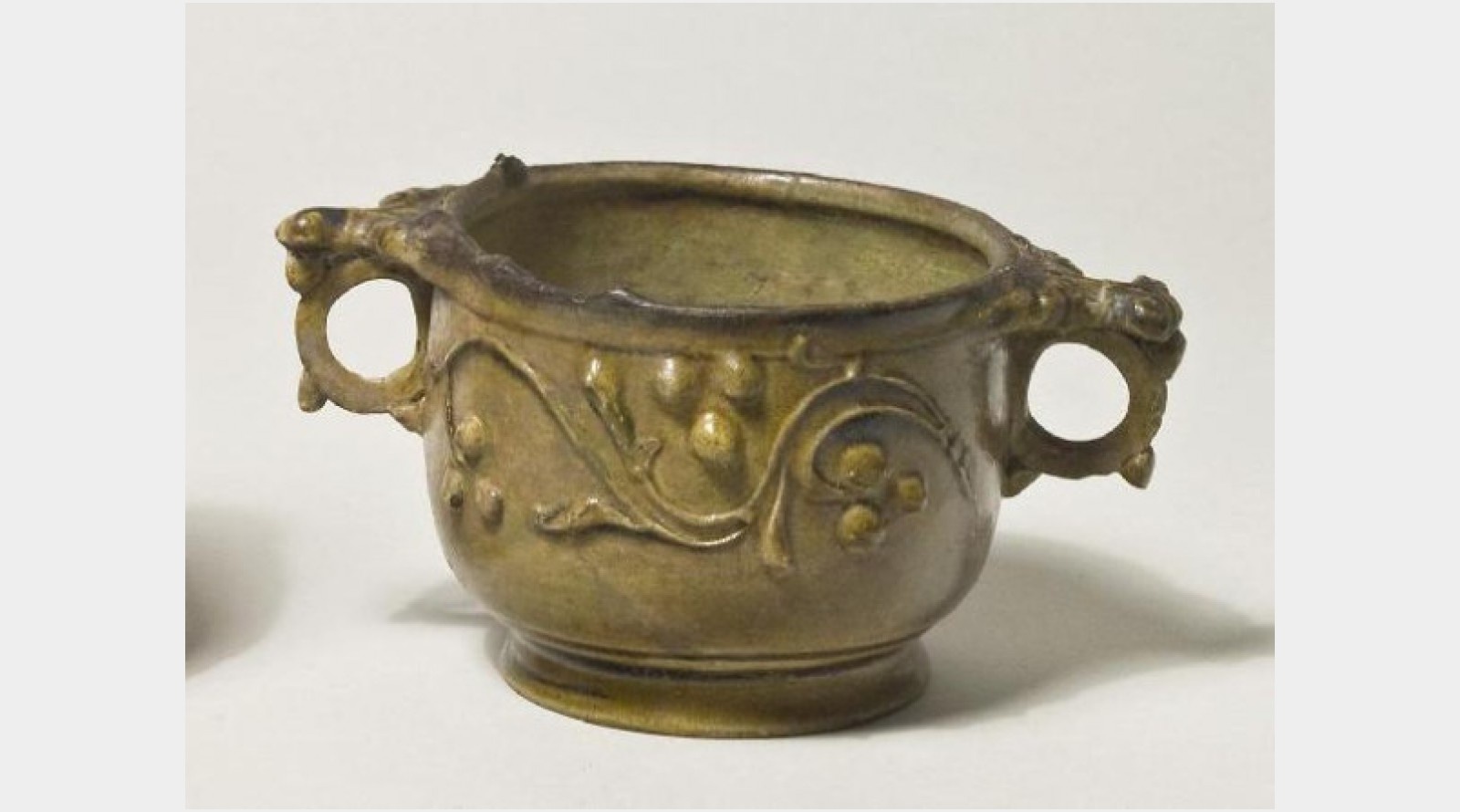 Some 400 years later than the last post is this Skyphus (Roman spelling). Another drinking cup but looking markedly different in colour, decoration and technique. This is now in a museum in Sydney, Australia.

Roman scyphus, the surface, both inside and out, covered with yellow-green lead glaze. The barbotine decoration consists of leafy sprays with fruit clusters.