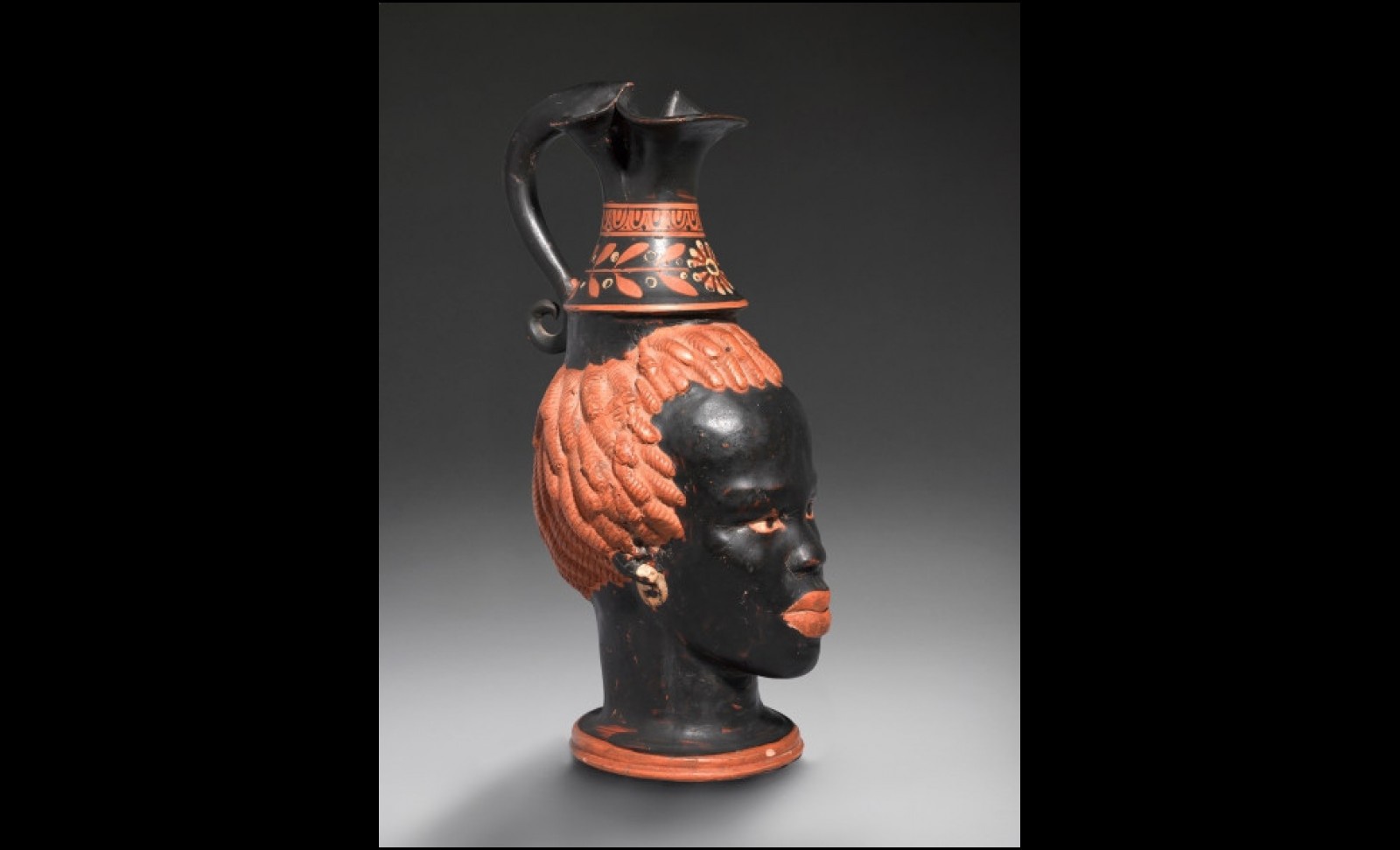 As we near the end of Black History Month it is appropriate to ponder how Black Africans were portrayed in ancient art, specifically that of Greece and Rome. 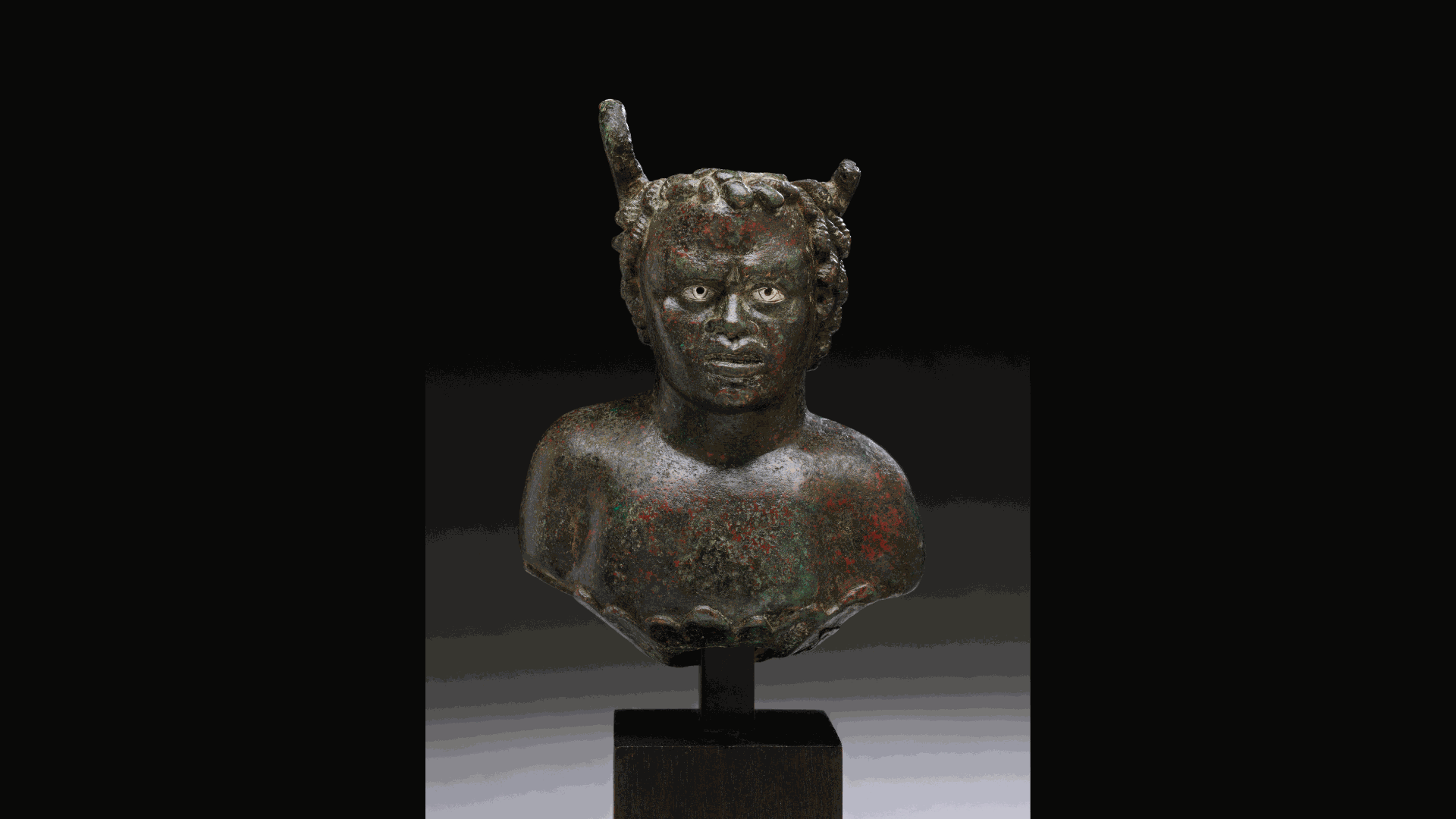 In these two pieces the finely detailed and considered images of youthful Black Africans stare out at us, holding our own gaze. Both heads possess a sensitivity and dignity that is almost idealised, yet they feel close to being a portrait: possessed of something akin to an complex, interior life. Indeed with the pottery jug, the gender of the person could be male or female.

Other representations of Black Africans are known where the features are more exaggerated or caricatured, a tendency seen in images of other marginalised people.

A discussion of this complex and emotive subject is impossible on this platform, and there have been entire books written on the subject, but it should suffice to say that more nuanced readings should now be possible.

The Greeks thought all Black people came from Nubia (Ethiopia). The Iliad, written around the 8th century BC, recounts the heroic deeds of King Memnon, son of the goddess Eos, and ruler of Ethiopia. The representation of Africans increased during the Hellenistic period, not just in mythological representations, but also as individual subjects.

These two vessels were both sold by us and are now in different American museums.

Moulded as the head of a Nubian, the hair carefully dressed in tight ringlets and arranged in layers. The surface is black glazed apart from the lips and hair, the base ring and a frieze of red-figure decoration round the neck consisting of a band of myrtle spray with a rosette at the centre and a row of tongues above. Added white is used for the eyes and earrings.